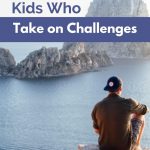 My son has always been a bit of a daredevil…he takes on challenges whether I’m comfortable with it or not. I often get asked how I can let him do this.

Well, it’s not always easy. I often joke that he excels at scaring the crud out of me. There’s much more to it, though, and I’d love the chance to put it into words. 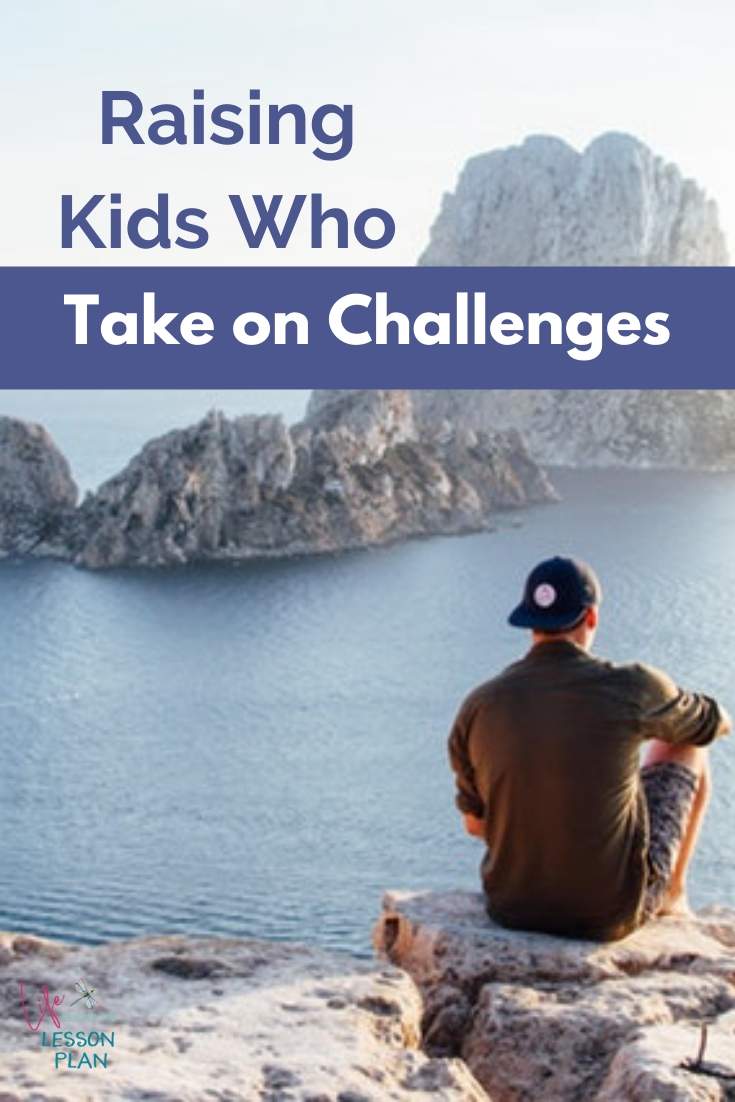 I posted part of this poem on my Facebook page a few days ago, and I’ve been thinking about it ever since.

This has been one of my favorite poems for the past few years, so I did a little digging. It turns out that Erin, the young lady that penned these words, is only a few years older than my son.

Here’s how I learned to let him fly.

A Little Bit of Background

I call him my miracle. A lot of us feel this way about our kids (which we should), but in a way, it’s true. I nearly lost him twice before he was born and was on light activity and bedrest for months.

When he was a baby, we spent several nights a week in the emergency room, either for asthma or because my little daredevil tried to launch himself from yet another surface.

He went through two critical illnesses as a child, both of which nearly killed him. Taken together, these two illnesses caused him to miss about 3 years of school.

During those times, I was more preoccupied with checking him every hour or two to make sure he was still breathing than with teaching anything related to school.

From the get-go, I’ve had plenty of reasons to hold my child close, to not allow him to take risks. And at times, I tried to do that. I’m glad I realized I was wrong.

Over the past few years, I’ve watched him take on challenges that have made me more than a little uncomfortable.

What I’ve seen him accomplish, though, has given me a whole new understanding of what our kids are capable of – if we allow them to be.

My son started taking karate 5 or 6 years ago. He’s had a few setbacks along the way, but he’s worked incredibly hard to learn and grow, and is now an instructor.

He earned his black belt about three and a half years ago, and the following year, he earned his second degree. To do so, he took on (and successfully pulled off) challenges that his head instructor warned him may be physically impossible. He’s currently training for his third degree and plans to test next spring.

Through his martial arts organization, he’s gotten the opportunity to travel to Mexico and Asia, training and serving people in other countries in many different ways.

During this time, he has also been active in Generation Joshua, a national organization that offers teens training in government and civics, leadership development, and much more.

Through this organization, he’s been able to do things like volunteer with national campaigns around the country. More than that, though, he’s been mentored and pushed to grow in ways that even he thought were beyond possible.

And now, he gets to serve as one of the mentors. He spends his summers writing programs for and staffing youth leadership development camps across the country, and during the rest of the year, he serves wherever and whenever he is needed.

People ask me, quite often, why I would allow him to take things like this on.

Those are really good questions. 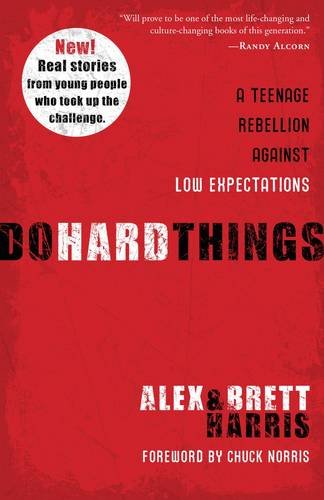 Do Hard Things: A Teenage Rebellion Against Low Expectations

I will say that, while I love the fact that he gets to travel and serve in so many places, it does send me to my knees in prayer.

When he was 17, he had the opportunity to go to Turkey for the better part of a month on a study trip with his university. He had an amazing time and learned so much…but he was still in Turkey, without me!

Less than a year later, he was in southern Mexico on a mission trip, and a few months after that, he was in the Philippines. He’s been back to both places a few times since, and he’s gotten to meet incredible people and serve in some really cool ways.

He’s also met some pretty strong challenges, and he’s stood his ground to meet them.

Of course part of me would love for him to stay close to me, but when I look at the growth that takes place in him during those trips, I know that letting him go is the right thing to do. 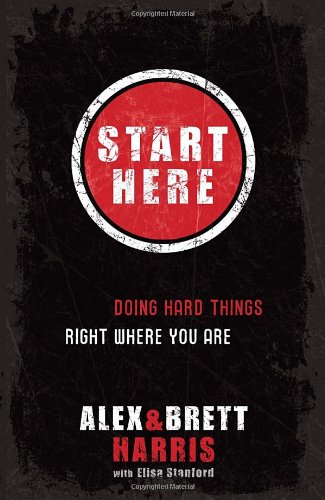 Start Here: Doing Hard Things Right Where You Are

When my son was in middle school, I can remember having a conversation with him; it’s one we’ve had several times since. I remember realizing that there will come a time when I can no longer protect him, and that was not an easy realization to come to.

I can no longer protect him, but I can prepare him.

So, I started involving him in the adult choices that he was ready to understand. His dad and I brought him through the process of how we make those choices – the considerations at hand, timing, pros and cons, etc.

We started to let him have a say.

He knew that we could override his say if necessary, but he got to have a part in the process.

We started to see him use those skills outside the home, and we knew we were on the right track. When his friends made choices that weren’t great, he was the snarky, yet consistent, voice of reason.

When making decisions about his future, he calculates the risks carefully and takes responsibility for his choices. He understands which decisions will have lasting impact.

We knew from talking with him and watching him that he is capable of making wise choices on his own. It’s scary to let our kids do this, but think about it: there will come a time when their decisions will be their own.

Isn’t it better to allow them to learn to make tough choices while we’re still in a position to help them through the process?

Letting Our Kids Challenge Themselves

I will freely admit: watching my son take on things that he could fail at – or that could hurt him – is scary. It really all goes back to the principle I mentioned earlier.

I can’t always protect him, but I can prepare him.

I can help him find instructors that will teach him well. And I can make sure that he’s ready for intellectual battles as well as physical challenges. I can take the time to really talk with him, to help him figure out the process of making the hard choices.

And I can allow him to learn to lead others in doing the same thing. 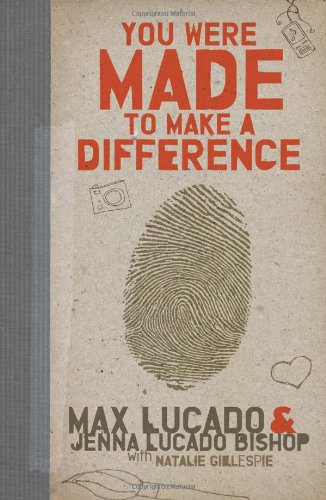 You Were Made to Make a Difference

How Do We Know They’ll Be Safe?

But I do know that he has the ability and resourcefulness to figure out a solution. I know that he’s weighed the risks of the decisions he makes and that he knows how to take care of himself.

I know that he’ll keep me updated on whatever’s going on, and that he’ll let me know if he needs any help. But most of all, I know that when he takes something on, he sees it through to the best of his ability.

You see, there comes a time when we need to trust that our training is enough. Our kids really are able to take on whatever it is that they’re designed to do. That’s not easy, but it is necessary, and it’s worth it.

But What if You Fly?

And in the end, watching them fly is truly amazing. This is the result that makes the difference. It’s how you know that all the sleepless nights, the hours spent stressing over everything from curriculum choices to scheduling, is all worth it.

And believe me, it is.

I posted part of this poem on my Facebook page a few days ago, and I’ve been thinking about it ever since. There is freedom waiting for you, on the breezes of the sky, and you ask, “What if I fall?” Oh, but my darling, What if you fly? ~Erin Hanson I’ve written a bit about my son…he’s a non-stop, driven, out-of-the-box kind of guy. What I don’t write or talk about much, however, is how I learned to let him fly.

We'd love to see you in my Facebook group, Homeschool Well on a Budget. You'll find support, great deals, and fun ideas for your homeschool!
Join here!
373 shares
373 shares